Human Aspect: The Context of Power

Most imagine power relations to be static. They believe that the powerful shall remain powerful always irrespective of the time and space they operate in. But this could not be further than the truth. Power relations are evolving constantly. Depending on the behavior of certain variables, power relations change and the ones who can take note of these changes, stand to benefit.

The Importance of Space

Further, the importance of space in power relations can easily be understood by us when we are stopped by a security guard of a building complex who has been authorized not through a legal dictate but just by the dictate of the dwellers to inquire the nature of business and destination from every visitor. You might be more educated and in a better position in society, but right at that space, at that moment, the guard holds power over you, which brings us to:

The Importance of Time

The Guard would hold more power over you if it is in the middle of night rather than in the morning hours. 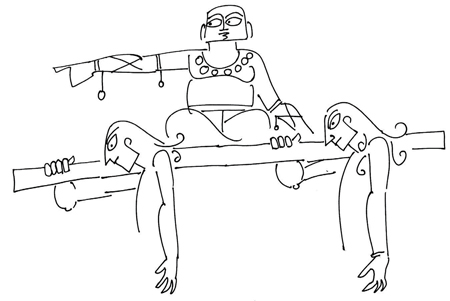 Time can also be looked at through lens of time-period or a fast approaching deadline. The party whose deadline is nearer would be keener to come to a solution and thus, yield some power to their opponent.

The Importance of Relation

This sounds apparent. But often we forget that power relations depend a lot on how much intertwined both the parties are. How dependent are they on each other? How frequently do they have to deal with each other? If there is no dependency, the chances of conflict would be minimal.

But in a globalized world, can there be any two persons with no mutual dependency? Maybe this is one of the reason why conflicts around the world are increasing at such a rate!

What other variables do you think affect power relations? Share your thoughts in the comment section below.

Other Articles by the Author: