Sentence: Host to a diverse selection of projects ranging from outdoor theatre presentations to debates about new media, the centre recently gained attention for its controversial 1999 exhibition by artist Diana Thorneycroft called Monstrance. Because of Thorneycroft’s use of rotting rabbit carcasses in the exhibition, journalists, religious groups, animal rights activists and the general public loudly protested, revolting against the artist’s effrontery. (Source: www.fondation-langlois.org)

Meaning: Audacious or arrogant behavior without the ability to understand that the behavior is unacceptable

“Ef-” should remind you of the F-Word. So, one uses the F-word in “front” of everybody. That is not only audacious but that also shows the inability of the user to understand or appreciate that using the F-word in front of everybody in a public place is an unacceptable behavior. 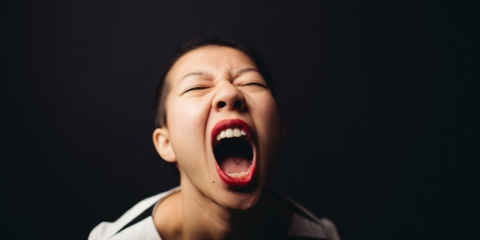 Subscribe to the blog for whetting your vocabulary and communication skills!